How to Measure Your Facebook Return on Ad Spend?

What Is Ad Spend Return?

Ad spend returns are basically like the returns over investment and that is what is paid for online advertising. Actually, it is like the Cornerstone Metrics which is used by the users so that they could easily measure the success of advertising that they’ve got on Facebook and it provides support in whatever you are involved in.

Like if you are marketing dollars for getting positive results for the business you are running and to get maximum returns for investments.  There has been a report published by an accurate survey and according to it, there is just 10 percent of the respondents who were strongly agreed to the view that the ROI regarding organic efforts of social media efforts could be measured by them and about 56 percent were those who totally disagreed with this concept.

However, the situation here isn’t exactly like the marketing efforts and it is the measurements of ROAS of the Facebook Ads which are posted by you for your brand and it is directly connected with the conversion tracking and Facebook pixels.

When it is installed in a true manner it is basically dependent on the business and that is the way to get direct and severely hard data so that you could know what is the actual performance of your Facebook Ads and how much impactful advertising could be for your business integrity.

Most of the time, people get confused about ROAS, and for them,  it is actually the total income which is generated in business from Facebook Ads and the revenue which is divided by the total costs which you have made for those ads and then you get ROAS.

Let’s suppose that you have incurred total costs of $50,000 per month on Facebook ads and then in return, you get the income of $250,000 per month which means you have generated 5X ROAS for your business. Well, this has got very less ambiguity with the advertisements over Facebook.

If it’s seen to be compared with the organic social media strategies for business marketing and it is surely one of the best marketing channels one could use for their business.

This is the way in which businessmen could keep a track record of their ROAS by putting their ad spends and knowing how much they are getting as revenues.

One is for the businesses like Amazon, Alibaba, and eBay, etc, who pay for such things using their websites. Those service providers are basically involved in generating the leads and then do the conversion of their potential customers off from Facebook by using emails or mobile phones as their communication mediums.

If you have got a business the same as a given description, it won’t be tough for you to find out and measure the ROAS of your business because that can be measured by using the Ad pixel of Facebook. 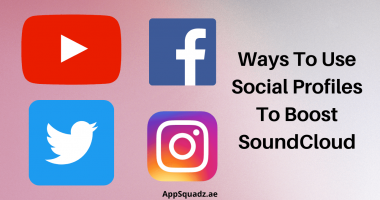 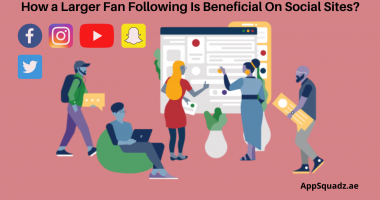 Today, the entire world can be boxed inside a tiny device that…

If you are looking for a personal trainer in Dubai, don’t just…